Humane Ways to Deal with Moles
Don’t make mountains out of literal mole hills. In fact, if you have a mole issue, take it as a compliment - it means there’s something good going on in your soil and an abundance of earthworms. Although having moles might be a compliment to your delicious soil, they can damage your garden. Here we’ll take a look at moles and the most humane ways to deter them. 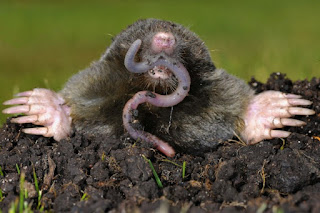 Firstly, you need to determine if the mole is indeed becoming a pest. Moles have good qualities too, they turn the soil by aerating it, creating better drainage and they eat slugs and other insects which may be destroying your garden. If, however, the mole is digging up and ruining your flowers and lawn, you may want to consider helping him find a new home.

Secondly, look for active tunnels. When you see a mole tunnel, indicated by the typical mole hill, stomp on it to cave it in. If it has been restored the next day, then your mole is definitely living there.
Here are a few ways to remove the mole issue without actually killing the mole:
1. Catch and Release
Catch the mole by flooding the tunnel. Locate a mole hill and insert a garden hose - this will flood the tunnel and cause the mole to surface. Gently collect the mole in a bucket or container and release it somewhere safe…preferably not your enemy’s garden. It might also be easier to have two people to do this, one holding the hose and the other to catch the mole as he surfaces.
2. Plants
There are a few plants which moles are not very fond of. Garlic and Chocolate Llilies have proven to be effective in deterring them. They also don’t like the smell of Daffodils or Marigolds, so you could use these as a hedge around your lawn. Although this might not get rid of the moles completely, you can rest assured that they won’t go near these plants.
3. Build a Barrier
There are a few ways to do this. The first step is to dig a trench around the area you wish to protect. The trench should be about 60cm deep and 20 – 30cm wide.
The second step is to fill the trench with gravel, clay or mesh, then cover it back up. The gravel/clay/mesh will stop moles from digging through.
4. Homemade Repellent
Castor oil is the base for both of these natural repellents. You can simply pour castor oil into the mole’s tunnel as this will upset his stomach and discourage him from hanging around, or you could make the following mixture - ¼ cup castor oil, 2 tablespoons dishwashing liquid and 1 tablespoon cayenne pepper. Pop it in the blender to make sure it is mixed well. Add 6 tablespoons of water and blend again. Keep this solution in a sealed container until you see a new mound appear, then add 2 tablespoons of the solution to about 4 litres of water and mix well. Take this solution and either use a spray bottle to spray it over the mounds of dirt and the surrounding grass or simply pour the whole lot down the mole holes. This will change the taste of the insects and the mole will gladly move on to scrounge up grubs elsewhere. For this to be effective you should re-apply this homemade repellent every two days and again after it rains.
5. Good Vibrations
This method is pretty effortless! Simply place a few wind- or battery-operated spinners along the mole’s paths and he will be happy to move elsewhere. Moles don’t like being disturbed and the vibrations from the spinners will be just like that noisy neighbour whose bass keeps you up all night.
So there you have it, 5 ways to get rid of moles so that you both can live a happy, peaceful life. 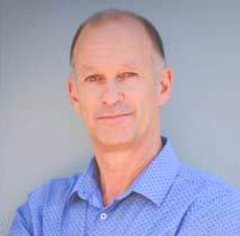 Norgarb Properties Agent Andre Ter Moshuizen who specialises in the Claremont area, shares some household tips and handy home hints with you every month. Read more of his articles here. [https://harfield-village.blogspot.co.za/search?q=andre]